I have managed to integrate the tools into an eclipse IDE which makes working with script changes and testing much easier.
I've configured it to automatically call the script compiler whenever you save a script and rebuild the .bat files using the batch tool when you select build project.  You can also run the game from the run/debug button and have it make sure the project is rebuilt before hand.
As the scripting language is basically the same as c# I've been able to use the Emonic eclipse plug-in for basic syntax highlighting which helps in reading through the longer scripts.

This is what the IDE looks like where you can see the project explorer view and several script files open for editing.  You also get fast text searches across all the scripts which helps to chase down functionality.
The src and bin directories  from your script directory are added as linked directories to the project so changes in the IDE get written to those folders. 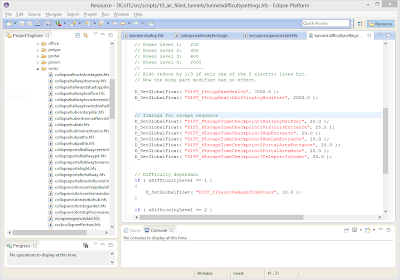 This is the project builder for the script compiler. It basically calls SucCompiler.exe in a directory off the eclipse base folder and passes in the source & binary directories and the modified script to compile. 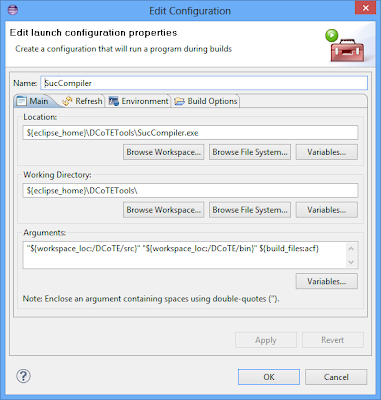 The .bat batching process works in a similar way invoking SucBatch.exe on you scripts directory passing in bin and . as arguments to rebuild all .bat files from the binary scripts. 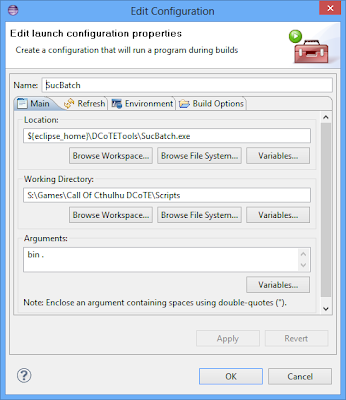 I will detail how you can go about setting this up if I get enough interest from people.